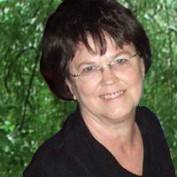 I first became acquainted with Wayman Oil on a windy, cold Saturday afternoon in January. I arrived at my farm in front of a forecasted blizzard to find that the company I was using at the time had failed to fill the propane tank and there was no heat in the house. Worried that I’d have frozen pipes, I drove up to Wayman Oil and just happened to catch General Manager, Mike Tanner, in the yard, wrapping up the equipment for the day. Instead of being told they were closed for the day, he listened to my problem and arranged for a tank to get me through the weekend, lit the furnace and pilots and even called me later to make sure things were right. That was the beginning of a great relationship with a quality company. I feel they make every effort to deliver on their promise of service and product excellence.   I look forward to many years with this company.

Never Run Out of Gas!

Want us to remind you to check your tank? Sign up below to receive monthly email reminders from Wayman Oil.